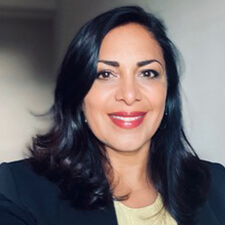 Dr. Shrilla Banerjee is an Interventional Cardiologist based at Surrey and Sussex NHS Trust. She has a particular interest in Coronary artery disease (prevention and intervention) in Women and also in Aviation Cardiology. She is a Consultant Advisor to the Civil Aviation Authority.  Dr Banerjee is Co-Author of Swanton’s Cardiology and Textbook of General Cardiology and has a huge interest in education and diversity: she is an elected member of the Education Committee for the British Cardiovascular Society and is co-chair of the Focus Group for Women in Intervention, as part of the British Cardiovascular Intervention Society. 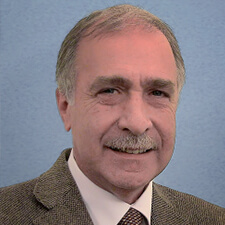 He received his medical degree from the Universidad del Salvador. He first specialized in Critical Care Medicine and Intensive Care. In 1988 he was awarded a 2-year scholarship to train in Diagnostic and Therapeutic Interventional Cardiology at the Centre Cardiologique du Nord in Paris, France. Then in 1995 he received the ‘Dr. Pedro Cossio Foundation Award’ for best clinical research work and later in 2012 his PhD degree from the University of Buenos Aires.

From 1992 he has been actively involved in the Argentine Society of Cardiology, holding different positions until he became President in 2016. Dr Berrocal is a member of the Argentine College of Interventional Cardioangiologists where in 1991, he became a specialist in Diagnostic Haemodynamics and Angioplasty; the Latin American Society of Interventional Cardiology (SOLACI), and SOLACI’s President for the 2005–07 term. While President he created SOLACI Regional Sessions to promote medical education in all Latin American countries. Even after completing his term of office he remained in charge of these sessions and in 2009 he became a member of the Advisory Board.

He has participated in 16 congresses and sessions in Argentina, 20 in North America, Europe and Japan and 65 in the rest of the world; author or editor of books and books chapters in his specialist field.

Daniel Berrocal has been a Member of the research group of the Institute of Cardiovascular Pathophysiology, Pathology Department, University of Buenos Aires School of Medicine from 2004 to present.

In December 2015 he took office as president of the Argentine Society of Cardiology and is committed to updating the institutional management in order to promote an improvement process for overall quality.

He continues working on a project initiated by his predecessor, Dr. Guillermo Fábregues: the construction of WikiCardio, a website providing reliable information for patients with cardiovascular disease and their families, soon to be launched in Latin America. 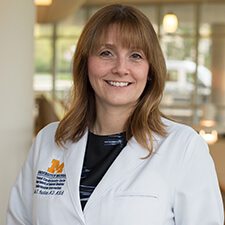 Sarah Gualano is a Clinical Associate Professor in the Division of Cardiovascular Medicine and Associate Vice Chair for Diversity, Equity, and Well-being for the Department of Internal Medicine.

Dr. Gualano graduated from medical school and completed internal medicine residency at the University of Chicago, followed by fellowship in cardiovascular medicine and interventional cardiology at the University of Michigan. After training, Dr. Gualano joined the faculty at UT Southwestern Medical Center in Dallas, where she served as the Director of the Cardiac Cath Lab at Clements University Hospital. Dr. Gualano graduated from the executive MBA program at Southern Methodist University in May of 2018.  She returned to the University of Michigan in 2018 and was appointed and medical director of the VA Ann Arbor Cath Lab.  In 2019, Dr. Gualano became the inaugural Associate Vice Chair for Diversity, Equity, and Well-being for the Department of Internal Medicine.  Dr. Gualano’s clinical interests are coronary and structural heart disease, and academic interests are health care outcomes with a focus on structural interventions, veteran disparities in care, and physician well-being. 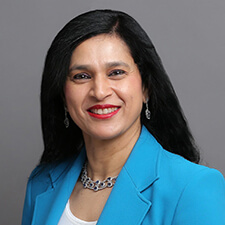 Annapoorna S. Kini, MD, is internationally acclaimed for her special expertise in performing complex coronary interventions, especially in chronic total occlusion for patients with advanced coronary artery disease, high-risk interventional cases, and alcohol septal ablation for the treatment of obstructive hypertrophic cardiomyopathy. Dr. Kini has been the principal or co-investigator in numerous randomized clinical trials. She has extensive experience with mitral and aortic balloon valvuloplasty and has been among the first few interventional cardiologists in the country to use the transcutaneous aortic valve implantation procedure in the treatment of inoperable patients with critical aortic stenosis. She has also made history by performing the first live case performed entirely by women during the CRT meeting on March 5, 2018.

Dr. Kini performs over 1,000 coronary interventions annually, the highest number by a female interventionist in the United States, with an extremely low complication rate of less than 0.3 percent; an official report from The Department of Health recognized Dr. Kini as the safest operator among 350 other physicians in the state of New York numerous times (2004-2016). She is the recipient of 2011 Dean’s Award for Excellence in Clinical Medicine at The Mount Sinai Hospital. She also received the Physician of the year award in 2014 by The Mount Sinai Hospital nurses. She received the Excellence in Medicine Award by the National Association of Physicians of India (AAPI) in July 2016. In May 2017, she received the prestigious Ellis Island Medal of Honor, the highest award given to any immigrant civilian, and in 2018 she received the American Heart Association’s Heart of Gold Award.

Dr. Kini is a keen researcher, particularly recognized for her studies pertaining to intra-coronary imaging studies including IVUS, NIRS and OCT, and trials such as YELLOW, CANARY and ORBID have made major headlines. She has published more than 100 peer-reviewed scientific publications, and book chapters in major cardiology textbooks. Dr. Kini is the recipient of the “Rock Star of Science” award from the American Heart Association. She is member of the Royal College of Physicians of London and Fellow of the American College of Cardiology. The most recent YELLOW II study was an ambitious translational combination of multi-modality imaging with clinically relevant cellular biology and comprehensive transcriptomics.

Dr. Kini is an excellent teacher, and is dedicated to the teaching of both cardiology and interventional fellows. In fact, the 2012 batch of Mount Sinai interventional fellows created a teaching award in her name, “The Annapoorna S. Kini Fellows’ Choice Award” for excellence in teaching. Her achievements are not only limited to serving as the Director of the Annual Live Symposium of Complex Coronary Cases at The Mount Sinai Hospital, one of the most attended and respected meetings in the field of interventional cardiology in the country. She is also the director of monthly webcast program, CCC Live Cases (www.ccclivecases.org) that has a worldwide audience of 10,000+ physicians spanning over 130 countries. 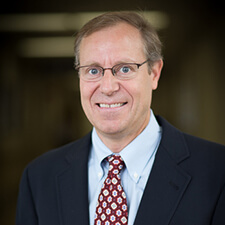 University of Utah School of Medicine

Frederick Welt, M.D. is Associate Chief of Cardiovascular Medicine at the University of Utah School of Medicine and Director of the Cardiac Catheterization Laboratory. He is a professor of medicine and member of the Interventional Cardiology faculty.

He is also an active clinical investigator, having been involved in the PARTNER trial of transcatheter aortic valve replacement devices, translational research of novel devices to treat structural heart disease and protocols involving stem cell therapy for cardiac disease.

Dr. Welt graduated from the Yale University School of Medicine in 1992, and completed residency and fellowship at the Brigham and Women’s Hospital in Boston. He also served as Chief Resident at the West Roxbury VA Hospital and completed a research fellowship at Harvard Medical School. In addition to practicing and teaching at BWH and Harvard he has written numerous journal articles as well as serving as a reviewer for publications. 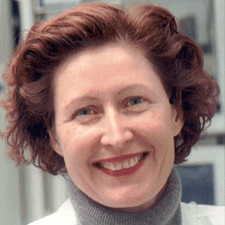 Dr. Elisabeth von der Lohe was born in Germany and attended medical school in Aachen, Germany where she also worked as a cardiologist until 1994. She then followed her husband  (also a cardiologist) to Indianapolis, IN.

Dr. von der Lohe is now a Professor in the Department of Cardiology at the Indiana University School of Medicine and at IU Health and has been on the faculty since 1994.

Based on the Connolly Guide, she has been one of America’s Top Doctors since 2004. She is the Founder and Medical Director of the Women’s Heart Program at Indiana University and made a name for herself as an expert on women with heart disease.  She has authored articles on gender differences in coronary heart disease and has written two books about coronary heart disease in women. In 2004 she was mentioned in “Good Housekeeping” as one of the top cardiologists for women’s health in the country. In 2018 she received the Health Care Hero Award from the Indianapolis Business Journal. 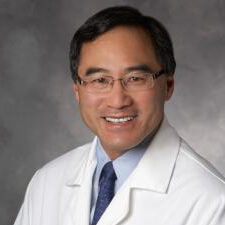 Dr. Lee is Board-certified in Interventional Cardiology. He was President of the Western States Affiliate of the American Heart Association and is a Fellow of the American College of Cardiology and the Society for Cardiac Angiography and Interventions. He was the first Chairman of the Santa Clara County Cardiac Care Audit Committee and has also served a similar position in San Mateo County.

He has published numerous manuscripts, book chapters and abstracts. His work has appeared in such publications as the New England Journal of Medicine, American Journal of Cardiology, Journal of the American College of Cardiology, Atherosclerosis, Circulation and The Lancet. 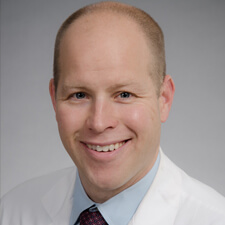 Dr. McCabe joined the University of Washington Medical Center in 2013 and became medical director of the Cardiac Cath Labs in 2015. His clinical practice leverages his knowledge and experience in clinical cardiovascular medicine and complex coronary and valvular heart interventions. He has an active practice in aortic valve disease, all forms of coronary artery blockage, and cardiogenic shock. He is a nationally recognized clinician educator and investigator in coronary artery intervention, and transcatheter therapies for aortic stenosis and cardiogenic shock. His research interests focus on quality and performance metrics for cardiovascular procedures and their use in public ‘report cards’ as well as variations in care provided across institutions and regions. He has been the site principal investigator for several clinical trials and has authored more than 50 original manuscripts and multiple book chapters related to his work. He lectures frequently at national and international meetings including at Transcatheter Cardiovascular Therapeutics (TCT), Trancatheter Valve Therapeutics (TVT), American College of Cardiology (ACC) and Society for Cardiac Angiography and Intervention (SCAI), amongst others. He currently sits on the editorial board of two prestigious cardiovascular journals as well as the management committee for the Cardiovascular Outcomes Assessment Program (COAP), the Washington state public reporting agency for percutaneous coronary interventions where he was formerly chair of the PCI Analytics and Reporting Subcommittee. He has been recognized as an Emerging Leader in Medicine by SCAI and the ACC, named one of three finalists for the Linnemeier Award, and voted a “Top Doc” in cardiology by Seattle Met Magazine.