Like much of America in the mid-2000s, I was obsessed with the television show, ‘Friday Night Lights.’ “Clear eyes, full hearts can’t lose,” am I right? The show had me hooked from Episode 1 when backup quarterback Matt Saracen was pushed into the starting position after a devastating injury to senior quarterback, Jason Street. Inspirational stuff! Truly.

Friday Night Lights is also where I first learned the term QB1. QB1 is the starting quarterback. A quarterback, for those locked in a bunker, is the anchor of an American football team. The person responsible for marshaling the offense down the field to score touchdowns. The person responsible for seeing the entire field, running a game plan, managing the clock and thinking quickly on their feet. A quarterback is a leader.

Recent years have popularized the term “business athlete.” The straightforward interpretation of this phrase suggests that one’s emotional and physical fitness fortify their professional success. That taking an athlete’s preparatory approach results in better professional performance outcomes. It also suggests the qualities that comprise a great athlete translate directly to being a successful business leader. Qualities such as a strong work ethic, hustle and teamwork are all pointed to in describing this. To me, the phrase also encompasses agility and coordination; not physical, but mental. The type of skills requisite of a successful quarterback. Yes, you may be in good shape, but can you hit the receiver with a play pass in two-man coverage?* I would argue that it is actually one’s ability to QB their professional life that is the ultimate driver of success.

Doctors are taught to make decisions in a linear fashion. They are given a set of variables and must push them down a decision pathway towards a treatment plan. We could discuss whether that is the right way of doing things (or describing them), but the point is this; the world outside of medical decision making is not so linear. It’s vast and messy, fraught with political alliances, personal insecurities and dollar-and-cent realities that make navigation of these waters quite complex. And this mess is exactly where your QB skills must be deployed.

I’ve admittedly experienced many situations in which I should have benched myself. I’ve said the wrong things, too many things, not enough things. I’ve not included the right people. I have inadvertently included the wrong people. I haven’t worked hard enough. I’ve been impetuous, emotional, unhinged!

But I also know that you learn from your mistakes, correct them and move on. They are points of data which inform the game plan. And while some lessons were learned the hard way, I now see the field with more clarity, anticipate the moves of others with more ease, and attempt a steadier, more informed press forward.

A recent Wall Street Journal article unveiled an unsurprisingly sad set of statistics related to women CEOs. Fewer than 6% of the top 3,000 companies in the United States are led by women. And while women make up roughly half of the total workforce, they are being shut out of the profit generating roles which typically lead to executive status.

Some of it is blatant bias towards women’s ambition and aptitude. Some of it is implicit bias. Some of it is a failure to develop the pipeline. Men, for example, are far more often encouraged to pursue those profit generating roles and receive mentorship and leadership training in support of their growth. Corporate culture and practices make a tremendous difference.

But anecdotally, I have seen far too many women assume that if they work hard enough, their work will be recognized and rewarded. That their work will speak for itself. And unfortunately, that is not always true.

Believe me, I understand that there are very real barriers in place preventing women from succeeding. I write on these topics frequently. They are the reason why Women as One exists. But to the extent to which one controls their own professional destiny, I also think there is much to gain by assuming a QB mentality. This means proactively and methodically taking a hard look at your professional playing field. Know who your teammates are. Know who is on the other team. Know yourself. Then decide when you can successfully throw the ball down the field or when your better strategy is your ground game. Design your play. Are you in a position to be heard? To get what you want? Sometimes it takes a few plays to be in position to score. Sometimes you don’t score! But surely nothing happens if you sit passively on the sideline.

*Not a chance I got that right. 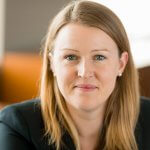 Recently my Department Chair shared an email with our section listserv: it was an opportunity to sign a letter to Governor Kemp (of Georgia), reviewing…

It’s hard to find the right words to describe what life has been like since March: the uncertainty of the unknown, the constant changes to…

In April 2020, Women as One recorded a video “The Impact of…