Japan – Our Story of J-WINC

What is your image of Japan? Cherry Blossoms, Mt. Fuji, kimonos and technology? How about animation? One thing we Japanese treasure is our traditional cuisine; for example “Washoku”, as well as the famous sushi. In 2013, Washoku was added to UNESCO’s roster of intangible cultural heritages. Its typical and simple format is expressed in the term ichiju-sansai (a bowl of rice, with soup and three side dishes). Japanese people used to eat this consistently healthy diet, but our lifestyle has been changing. 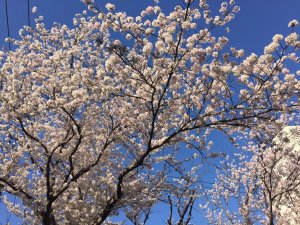 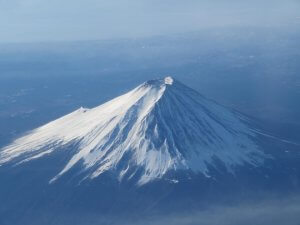 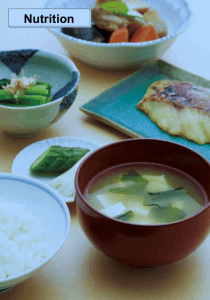 The mortality rate due to heart disease is increasing in Japan. Our population is around 126,500,000, which is one third of the population of the US, and one tenth of China. The Japanese Association of Cardiovascular and Therapeutics (CVIT) claims 7,118 male and 449 female physician members. In 2018, more than 260,000 percutaneous coronary intervention (PCI) procedures were performed in approximately 1,000 Japanese hospitals. As you may know, although Japan is a small country (its size is a little smaller than California), we have quite a large number of hospitals where PCI can be performed when compared to other countries.

J-WINC (Japanese Women’s Interventional Conference) was set up in 2008 by two pioneering female interventionalists, Dr. Junko Honye and Dr. Reiko Tsukahara. At that time, the number of female medical students and doctors in Japan had increased by 30% and the number of female members in the Japanese Circulation Society was higher among the younger generation compared to the older generation (6% in 50’s, 11% in 40’s, 18% in 30’s and 21% in 20’s in 2010). However, in the field of interventional cardiology, it was challenging for women to make a career plan. There was not enough support when facing certain life events and the hard and long working hours affected women greatly, both mentally and physically. Therefore Dr. Honye and Dr. Tsukahara decided to establish J-WINC with their vision to encourage female doctors to be more actively involved in PCI and to improve their skills. More broadly, with collaboration from male physicians, we feel our mission is to contribute to society, in the development of local medicine and patient care. 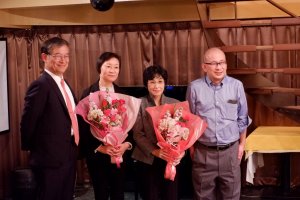 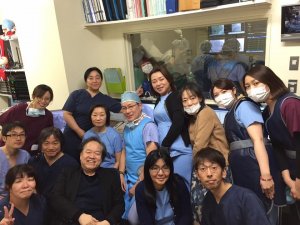 Since 2008, J-WINC has given opportunities to both female and male doctors to be chairpersons, presenters and operators during the several conferences held each year. For example, in July 2019, at the TOPIC (Tokyo Percutaneous cardiovascular Intervention Conference), a young female interventionalist performed a live video presentation on bifurcation lesion and three other female doctors presented their very interesting cases of cardiovascular disease. It was so well received that the passionate discussion around the cases did not end on time. At CVIT in September, we organized a session for women’s heart disease and invited some select specialists to give us their in depth talks on the topic. In October at the CCT (Complex Cardiovascular Therapeutics), we asked two CTO (chronic total occlusion) dedicated operators to present their tips and tricks on the retrograde approach of CTO. Once again, we ran out of time! 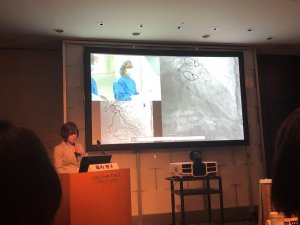 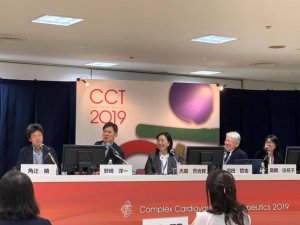 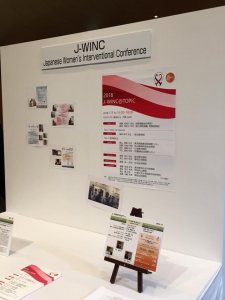 In 2018, J-WINC cerebrated its 10-year anniversary and we feel we are now moving into a new era. We were very happy to join the Women as One Think Tank meeting in Paris last May. The meeting inspired us, and it was a great experience to meet such wonderful female physicians from all over the world.

Last year, the news reported that several Japanese medical universities controlled the number of the female students taking their entrance examination without declaring it, even though the scores of women were higher than male students. This was due to the persistent belief that female doctors cannot work as hard as their male counterparts, and that women might even consider giving up their careers after marriage or childbirth. It was sensational, however, we feel the tide has finally turned in women’s favor in Japan after such news was made public. The Japanese government is trying to give us women equal opportunities by changing the laws and making working hours shorter. The government has also set the goal of raising women’s share of leadership roles to 30 percent by 2020! J-WINC will keep working hard to encourage female physicians to become the next leaders in the interventional cardiology.

The world is getting smaller and we hope someday in the future that we can have a Women as One session in Japan and enjoy Japanese cuisine under the cherry blossoms!

Dr. Takahashi is the Vice President and Director of the Cardiology Department at Shonan Kamakura General Hospital in Kamakura, Japan. She has been working as an interventional cardiologist for 20 years and is one of the representatives of J-WINC. She is a mother of a boy, a foodie and likes traveling.

A few weeks ago, I attended the first annual Women in Medicine Summit, a conference created by some fantastic physicians in Chicago geared entirely towards…

Last year I needed a new work bag, and I spent a ridiculously large number of hours searching for a good one online. What should…

I was catching up with a med school girlfriend last week, and she was sharing that work has gotten pretty busy lately, and how someone…