Gender equality in cardiology, the story of Dr Yamauchi-Takihara

Written by Women as One

Gender equality in Japan: The story of Dr Yamauchi-Takihara, who took the lead and opened a path towards a more inclusive and diverse workplace in cardiology.

According to the 2021 Global Gender Gap Report of the World Economic Forum, it will currently take 135.6 years to close the gender gap worldwide. In medicine, this gap is multifaceted, impacting women on almost every professional front. There has never been a more important time to fight for gender equity in medicine, and we are excited to introduce a new interview series to share the impactful work of those fighting to make the world a more equitable place. 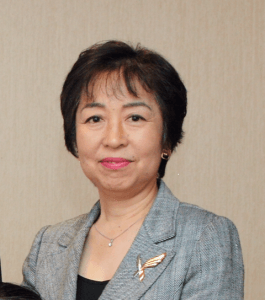 We recently spoke with  Dr Keiko Yamauchi-Takihara, MD, PhD, FESC, FJCS, Professor Emeritus and Director of the Health and Counselling Center at Osaka University in Japan. We learned about Dr. Yamauchi-Takihara’s fight for gender equality in cardiology, the challenges she encountered launching the first-ever gender equality committee within the Japanese Circulation Society, and the importance of empowering women to reduce gender inequalities.

Interview by Women as One

Dr Takihara: I chose the cardiology speciality because I was and still am very interested in internal medicine. I like seeing the patient. I like being able to see how your patient can improve based on the treatment you suggested. Back in 2008, Japan set the ambitious goal to have at least 30% of female leaders by 2020. We are in 2021 and this goal is still not reached. As a gender equality committee member at Osaka University, I decided to start working on gender equality at the University level. I then created the Josei Junkankii Consortium (JJC) and joined the gender equality committee of the Japanese Circulation Society (JCS). We need to change the Japanese consciousness, the work environment, and the organizational system. The Japanese culture needs change in order to evolve.

Women as One: Could you tell us more about your work with the JCS-JJS?

Dr Takihara: The Japanese Circulation Society (JCS) established a gender equality committee in 2010. But at that time, they didn’t want to create a group for women only. So, I decided to create a network for female cardiologists, the Josei Junkankii Consortium (JJC), with Dr. Junko Hone that same year. We gathered 20 female cardiologists from across Japan. The objective of this networking group was to foster collaboration among female doctors. In 2012, we launched our first JJC congress in Fukuoka called “Find your role model,” to inspire female doctors to work collaboratively. In parallel, I became Director of the gender equality committee at the JCS and was able to make the JJC an official committee of the JCS in 2018 under the new name “JCS-JJC”.

In only a decade we achieved great things through the JCS. In 2015, we reached our first milestone; 12% of JCS congress chairs were women, a large improvement over the past years. In 2016, we created a travel award to encourage female cardiologists to become presenters at the AHA and ESC conferences. In the same year, we suggested to all the JCS committees to increase the number of female members or to include at least one female member as a committee member.

Last year, we released the first document of its kind – “Guide for the first conference chair” – to educate female cardiologists on chair roles. We continue to see the number of women chairs increase each year. 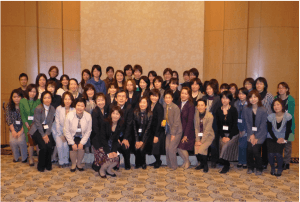 Dr Takihara: We need women doctors to be listened to, but if they are underrepresented in the room, this cannot happen. In Japan, one of the major challenges in medicine is to get women into leadership positions. If we have more women leaders, we will have the opportunity to be more influential. We need at least 10% of women to be involved in decision making and in the policy development process if we want to improve the environment for women.

The second major challenge is in getting more female doctors to accept leadership positions. In Japan, female cardiologists climb the professional ladder on their own, without any support. So, now when I’m going to them and asking them if they want to be part of a female network, they initially don’t see the value. I have to convince them and educate them on the advantages and benefits of joining an all-female committee or network for their professional growth and career, but also to inspire the younger generations.

The Japanese culture listens to its leaders. If we can have women at the top, we will be able to catalyze change.

Women as One: How would you describe the role of senior female cardiologists in Japan towards supporting the younger generations?

Dr Takihara: As a female cardiologist leader, I think I have a responsibility to empower the younger generations of female doctors. We need to change and shape our communities’ perceptions about women’s ability to inspire other women to rise. In Japan, female doctors do not necessarily aspire to be a leader because they don’t have role models. They can’t imagine how fun it could be to be in a place where they would have higher responsibilities and what they could do with those responsibilities to change the system. We need women who participate in leadership positions to share their vision and build a more fair and equal society. And that’s what women leaders in medicine need to teach the younger generations.

Women as One: Cardiology is a field not often chosen by women in medicine. What do you feel are the main reasons for this?

Dr Takihara: Since 1968, the proportion of female doctors is steadily increasing. However, the proportion of female cardiologists is sluggish. To understand this in Japan, you need to understand the Japanese culture and society. Even though women enter the workforce, they still have many domestic responsibilities. There has been little change in gender relations at home. There is a need to create and nurture a workplace culture that is infused with diversity. We need to provide a safe and inclusive environment for women to consider a specialty that requires long working hours. Workplaces need to provide daycare centers. They need to provide this kind of support to female doctors who are considering choosing cardiology as their specialty. Nowadays, Japanese female doctors choose other specialties that allow them to have a good quality of life and working long hours with no or very little support does not attract them.

Women as One: Japan ranked 120 out of the 156 countries in the 2021 Global Gender Gap Report of the World Economic Forum. How do you think Japan can begin to shift in the right direction?

Dr Takihara:Japanese identify themselves with ranking and they don’t like to appear at the bottom. Japan is lower than China and Korea. To improve this ranking, we need to work together and push for diversity.

Foremost, we need to change consciousness. Women need to be educated on how fun and rewarding it could be to break into the highest levels of their organizations. In medicine, we don’t have any system defined for pushing women into leadership positions. We need this. Doctors operate in a professional system that is different from the 9-5 pm working hours. Those changes need to come from the government in order for the Japanese to apply them.

AUTHOR: Women as One

Published by Women as One

Like much of America in the mid-2000s, I was obsessed with the television show, ‘Friday Night Lights.’ “Clear eyes, full hearts can’t lose,” am I…

Recently my Department Chair shared an email with our section listserv: it was an opportunity to sign a letter to Governor Kemp (of Georgia), reviewing…

It’s hard to find the right words to describe what life has been like since March: the uncertainty of the unknown, the constant changes to…