Fake It Til You Make It

Medicine is an apprenticeship industry: we learn on the job under supervision before we practice solo. Even as attendings, innovative approaches and new technologies are constantly being introduced, to say nothing of the non-clinical skills we develop. Given that context, then, perhaps it’s not surprising that “fake it til you make it” is advice than most of us have received, and then given, in our professional lives. The more we master, the more we get to do, which is undoubtedly an appealing concept. Lately, though, I find myself considering exactly what “faking it” means for me as a woman in medicine.

I understand that new can be overwhelming, and that failure is part of growth. What I am struck by is the confidence that is required alongside that learning and doing, something that generally is more problematic for women than men. For example, I remember seeing one of my old chief residents when I was a fellow and telling her about how often, after an overnight call, my plans for my patients sounded less confident than those of my male co-fellows, even though our knowledge bases were similar. I worried that I was coming across as less competent (I also wondered why we acknowledged the uncertainty differently). She recommended a book called The Confidence Code, by Katty Kay and Claire Shipman, which I read and enjoyed. It went through some of the science behind confidence, and in particular had some helpful suggestions on how to boost it – including, for instance, utilizing power poses and minimizing upspeak.

It’s been several years, and I still think about confidence in medicine. My clinical experience and judgment have advanced, so it’s easier now to admit when I don’t know something. I understand the reality of lifelong learning; I don’t feel defined by my knowledge gaps. That said, I am constantly learning new skills in teaching, research, and leadership, and it’s challenging! The first time I gave Grand Rounds – an intimidating experience, especially in front of peers – I got my hair blown out and a new pair of shoes. It didn’t register at the time, but I realize now that I was projecting confidence, sort of “faking it.” This lack of confidence is a problem I see in trainees, too – anecdotally, and when studied more formally, even when the substrate is not lacking.

A year ago, I read a thought piece by a medical student that really made me pause and think about the emphasis we place on exuding confidence. I was moved by it and immediately forwarded it to friends with the note that perhaps we’ve been getting it wrong this whole time. Is “fake it til you make it” good advice? Who decided that being confident and assertive was the goal, and was that correct? Were we doing the next generation a grave disservice? I think it’s so telling that the highest praise a 4th year medical student can get is to be called an intern. Our profession inherently rewards us for functioning, or appearing to function, beyond our level. If that performance is legitimate, then wonderful – but if not, it’s a real problem. Overconfidence is bad, too, and can lead to potentially less accurate diagnoses and other medical mistakes. In training, we all understand there is a real trade off between patient safety and physician confidence. What I have realized is that confidence is a surrogate for ability, not equivalent to it. We have to be careful about treating the two as the same thing.

This does not mean that confidence does not matter. From patient trust to promotions, it factors in, and so women in medicine need to practice it. We understand better now that the system is the problem, not the women. And while we work on that, we have some helpful strategies to follow. I’ve also found some of Brene Brown’s work about embracing one’s vulnerability to resonate, and to a large degree, I use my women in medicine spaces for just that. I believe that saying “I don’t know” or “I’m not sure” is perfectly okay. On the other hand, I know many really amazing, accomplished women in this field, and at the end of the day, I would love for their personas to more consistently reflect their stellar contributions in all arenas. That’s not faking it; it’s owning it.

I started this post in February, and since then, seeing this pandemic has been a stark example of navigating the unknown. Among other things, it has been fascinating to see how confidence manifests itself in who speaks up and how they acknowledge the uncertainty. Looking forward, I hope that we get better at differentiating confidence from ability, that we make more space to say “I don’t know,” and that we recognize when we do know. Then, maybe, we won’t have to fake it til we make it after all. 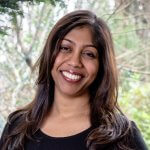 Dr. Tummala is a staff cardiologist at the DC VA Medical Center, and an Assistant Professor of Medicine at Georgetown and George Washington Universities. She is passionate about women in medicine and excited to share her thoughts and experiences as she navigates the novel opportunities and accompanying challenges of an early career. Any views or opinions expressed in this blog are hers alone, and sharing resources does not equal endorsement.

How I Think About Confidence

You Are Only Coming Through in Waves

My Grandmother died when I was 19. The weeks before she died, I found myself singing the rather…

*Guest Post from the Women in Medicine Summit Team   Hope everyone is staying safe. With the ongoing…